Now I wish to state that the bleakest house I ever saw was in Newcastle.

It stood, and in fact still does, so my sources tell me, on the Westgate Road, which follows the line of Hadrian’s wall (more or less) out of that fair city, whereupon the wall continues across the country to the Solway Firth.

You know how buildings by the shapes of their windows, shutters, doors and so forth can like cars, suggest a sort of ‘human’ face? Personality even? Well Graingerville did this. It looked like Ronnie Kray. 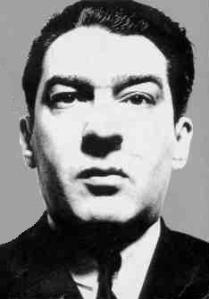 I became acquainted with it during one bitter cold winter some time back when The Human League were riding high in the charts with ‘Don’t You Want Me Baby’, and I wore someone else’s coat.

Full of malicious intent, it stood some way back off the main road, next door but one to the Chinese Chippy.

I didn’t live there. No, I lived in a much smaller house, if just as cold. It really was a wicked winter and thanks to someone who shall remain nameless, our cosy West End semi was left uninhabited over Christmas with water on and of all things, a dripping bath tap. Now I don’t know whether you have ever seen a bath-sized, bath-shaped block of ice before. Great comic potential I daresay, especially when thinking of a suitable drink to put it into, but not such a laugh if bust pipes and a potentially frozen backboiler mean you’ve no heat to defrost it. Add to that the ‘Ice Palace’ trim down the drainpipe and around the front door and you’ll understand why that particular January you could barely move for monkeys looking for welders.

Anyway, back to Graingerville. I’ve got to say, it must have been a classy joint in its day. Built for Richard Grainger, of Grainger Market/Street fame, circa 1839 of dressed (ashlar) Sandstone with a Welsh slate roof; it had steps up to the front door, a basement, two stories, two sitting rooms and an attic. You could almost imagine it in its heyday. Home to a well-to-do Edwardian family: servants downstairs, stiff upper lips upstairs. Unfortunately, during the brief spell I knew it, it was in the hands of some very unscrupulous landlords, whose treatment of their tenants, students at Newcastle Polytechnic, was nothing short of diabolical. I’ll give you two examples.

The tenants had complained about the state of the gas fires. They were old, far from adequate, and clearly had not been serviced in many a year – in fact, I swear the feet of the fire in the attic had ‘SPQR’ and ‘Romanus fecit’ stamped on them. The gas pressure was so feeble that as the occupants in turn ignited their fires, the flame on the first-lit diminished to such an extent that there remained just the faintest of flickers. The landlords told them that it was all in hand and to worry not. Shortly, new British Gas pipework would mean more gas than they knew what to do with. Well, this was laid to rest and exposed as A Big Old Lie by a simple call to British Gas. It soon became clear that the renewal of so many miles of ancient pipework would be the owners’ responsibility and set them back a considerable amount of cash money. So there was a snowball’s chance in Hell of that happening.

Then there was the story of The Lock. This was the straw which broke the camel’s back as far as Graingerville and the tenants were concerned. One day the front door lock fell off. The door was rotten and over the years the cylinder lock – there wasn’t a separate mortice lock –  had been subject to a fair amount of punishment, and one day it simply fell out. The landlords refused to replace it, The tenants dug their heels in and refused to pay the rent, whereupon the landlords began the strong-arm tactics: calling around unannounced, making threats and generally being thoroughly disagreeable about it all. Indeed, any attempt to get them to deal with the raft of problems with the house was met with hostility. Even the gadge who came to fix the ceiling in the lower of the two sitting rooms, filling and painting while water dripped from the rose onto his nose never came back.

In fact, I am staggered to discover that it is a Grade Two listed building; status granted in 1976 – five years before the period I refer to. All I can say is that English Heritage would have got their knickers in a twist more than somewhat had they known what was happening at Graingerville. To whit and to boot, here is the full story of this episode in the life of Graingerville.

It comes along about 11 bells one night and I am returning from a night on ‘the Toon’, accompanying some of the residents of Graingerville and their partners. It being a such a bitter night, I am invited in by same for a cup of hot something to keep me going on the remainder of my walk home. We tread carefully on the ice up the path. Now what’s this? As we walk up to the house, the unlocked front door is ajar. Stepping inside,we are greeted by the sight of about half a dozen people sitting in the hall eating their chips and gravy from the Chinese next door. I admit to being a bit nonplussed, but the residents are quite used to it as it is an apparently frequent occurence and not so strange if you think about it for the hall is furnished with seats in the manner of a waiting room. It being such a cold snap, the take-away customers, rather than eat in the street, seek out the shelter and comfort (If not warmth) of Graingerville’s hall. So we bid them Good Evening and Bon Appetite and go up to one of two sitting rooms, where I am more than a little bemused to find myself walking ankle-deep in what appears to be grass. I don’t wish to come across as rude or conservative in my taste for floor coverings, so let it lie. In the same way, I try not to bat an eyelid as I am served a coffee in what seems to be a tupperware sandwich box. The reason for this, I discover later is that all the crockery and cutlery is frozen in one big heap in the kitchen sink – and has been since before Christmas, it now being Jan. 18th

Well, after losing all sensation in my fingertips and fearing the onset of frostbite, I make my way back to our cosy semi with the novelty ice-cube. Once in bed I fall into a restless sleep in which I find myself back in Graingerville, taking a nightmarish tour of the darkened house.

It begins in the basement which appears semi-flooded. There is no light save that given off by my unseen guide and the torch he carries.  I can see shapes cut by odd pieces of furniture … and a supermarket trolley. We go up the stairs into the hall, as mentioned. Now in the dead of night, dark and still. To our right two rooms, in the front as the torchlight flickers I make out a bed, and strangely, all around the outside of the room including the bay window: seats; like out in the hall, again reminiscent of a waiting room. Anxious flashes of the torch belonging to my silent guide signal me to retreat and enter the room at the back. As soon as I enter, the hairs go up on the back of my neck higher than Don King’s on a bad hair day. I notice another bed and the sound of cascading water, seemingly down the back of the building. But what sort of a place is this? Of course, the penny drops. If it is nothing more than an ancient doctor’s surgery and waiting rooms. Again my guide motions me to move. So we climb the  staircase into the ‘grass sitting room’. While I find it trickier terrain to cross than previously, in the dark, I do notice it has grown splendidly and am wondering what they use for fertilizer, when I am elbowed into an adjoining room, which seems to be a kitchen of sorts. At least it has a sink in it. And inside, frozen together all manner of things: plates, cups, rubber glove, potato peeler…There is an urgency about my guide now, we run up the pitch black stairs, by-passing the upper sitting room, which I take a glance into. I’m not sure, but this seems to be carpeted with snow, so one way or another I figure the Welsh slate roof is in need of some attention. We pass another bedroom, and finally burst into the attic. As I spot another figure in the darkened room, my guide at last speaks: ‘Are you fucking ready then? Let’s go’ And with that, we depart the building.

I never see the inside of Graingerville again from that day to this, but it seems the tenants do what is called a ‘moonlight flit’ meaning they depart said accommodation in the middle of the night, owing a month’s rent and what with all the rush forgetting to leave a forwarding address. Not only that, but they find a supermarket trolley which comes in very handy indeed for carrying all the lightbulbs, light fittings, cutlery, odd items of furniture etc. such as they are likely to need in their new joints.

And the grass sitting room? Well the carpet is damp for so long and the landlords do nothing about it, that one day one of the tenants’ partners slings a handful of mustard seeds onto the floor just to see what will happen. In fact someone tells me that same year he wins a gold medal at the Benwell and Elswick Summer Fete in the jams, chutneys, marmalades and mustards tent, but I am inclined to take that with a pinch of salt.

Dedicated to the former tenants of Graingerville wherever you may be.

(With apologies to Damon Runyon)