The Father I Had 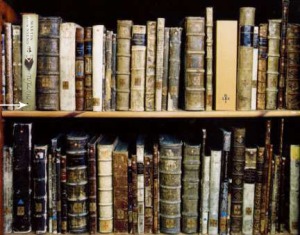 If you only ever read one book in your life …

… Make sure it is this one.

It’s a gem, which tells the  story of the Townsend family and in particular the relationship between eldest son, Martin and his Bi-Polar/Manic-Depressive father. Achingly sad, but genuinely very funny in places, it tackles the issue of living with a person who has mental health difficulties and the impact that this has on family life, head-on.

Not quite the mindless holiday reading you were hoping for? Do yourself a favour, put down the Danielle Steel and give this a go. It will take you – I almost said …’on a roller-coaster emotional ride’ which, apart from being an awful cliché, suggests something which is much less subtle: faster, noiser, hysterical. No,…this book will take you on an emotional voyage that I guarantee you will not forget in a hurry; and is moreover, one from which you will return with a greater understanding of the strength of the Human Spirit, its resilience and capacity for love.

“The Father I Had” allows you the priviledge of  a window into the life of a remarkable family. Its daily battles with ignorance, prejudice, often, an intransigent Heath Service; and most poignant of all its attempts to be as normal a family as possible are all thrown into sharp focus via Townsend’s writing. You share the family’s happinesses, their laughter and their pride, just as keenly as you feel their sorrows, sometimes despair, but never hoplessness at their predicament. All set against the backdrop of North West London in the 60s, 70s and 80s which is painted, it must be said with unnerving accuracy and a keen eye (and ear) for the sort of detail which will strike a chord with those who lived through the same period.

Don’t be put off. This is not some doomy tome which will end its days stopping the kitchen door or propping the window with the broken sash. Far from it, for despite its uncompromising subject, I believe Townsend’s book will leave you uplifted, and enlightened and maybe – as it did me – cause you to look at relationships in your own life from an altogether different perspective. 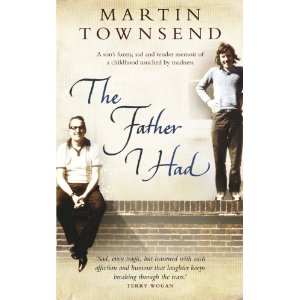