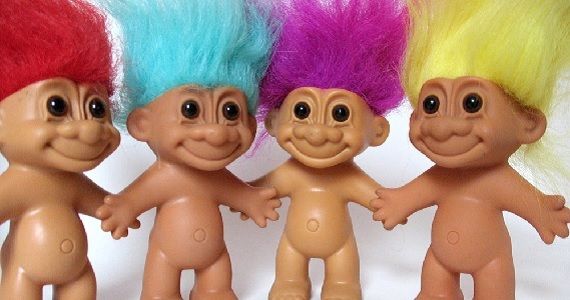 One of the stories that has passed into family legend over the years concerns my Dad and an angry Troll.

Back in the early ’60s my Dad was bit of a pioneer in taking school kids and Scouts on on adventure trips in the UK and abroad; skiing, walking and climbing and the like. Of course, it was very different to today’s experience. There were no piste-side hotels with all mod-cons. Instead they would trek in the snowy wastes of Norway or climb the Cullins on Skye living on reindeer steaks or freshly caught crab. It was an era when a ‘make the most of everything’ spirit and self-sufficiency prevailed. An involvement in Scouting was indicative of someone who wanted to better themselves and improve the lot of others. This was before celebrity paedophiles and calculating clergymen crawled out from under their cold, dark, damp stones and began to poison a generation.

In 1963 my Dad was in Norway with a group of Scouts from the School in the Kirklees area of  Huddersfield where he worked. One particular day they were trekking through an ice fall, sliced with yawning deep crevasses alongside sheer walls of ice and the constant threat of avalanche.

All of a sudden there is an almighty crash as a block of ice ‘the size of a mini’ as my Dad has always described it, crashes down among the party before disappearing, down a huge crevass. My Dad receives a glacing blow on the forehead as it passes. He is knocked unconscious briefly, but remembers coming to with ringing in his ears and confusion as to why the snow is all red.

He had sustained a nasty gash to the head, which really needed to be stitched. They bound the wound as best they could, and the party retreated off the mountain. They made for a farmer’s cottage they had noticed on the way out. At the sight of my Dad’s head, the farmer’s wife went into the kitchen and brought back a jar of starch (used to stiffen fabrics). She cleaned up the cut then applied the starch to both sides, held them together for a few minutes until the wound  closed up.

The farmer’s wife did such a good job, that my Dad didn’t bother to go to the Hospital and was left with only a minor scar above his eyebrow.

So what caused this sudden and catastrophic fall of ice? Well, we grew up (that is, me and my brothers)  with the bedtime story in which the ice was hurled by a particularly grumpy Troll.

I should stress that this was not an ‘Internet Troll’, someone who spreads hate and does other horrible things anonymously on the World Wide Web; but a Troll of Norse folklore, an ugly cave-dwelling, bridge-guarding monster who it seems took umbrage at My Dad’s party tramping through his patch. My Dad caught a glimpse of him, before he lost consciousness.

Or so he says.