Not suitable for vegetarians and those of a nervous disposition.

As a rule I try not to laugh at other peoples’ misfortunes, but the day Chawkey ironed his stomach, I very nearly wet myself.

Chawkey and me go back a long way. In fact, we go right back to the beginning; which if you know your ‘Sitting Comfortably’ posts mean ‘The Softest Cushions’ and ‘Wiz and the D’Oyly Carte’. We all lived (that’s Chawkey, Wiz, Marión and me,) in Betjeman’s leafy green ‘Metroland’ of Ruislip, where for a peppercorn rent, we were entrusted with a grand detached house in a state of elegant decline.

I have described the house elsewhere, so I’m not going to repeat myself, save to say it was as enigmatic as it was formerly elegant. From the beautiful wooden floors to the car engines and gearboxes buried in its grounds. (We used one unearthed, a mini, as the stand for a low ‘drinks’ table in the back garden) From the wheezy, bronchial gas fires to the monumental iconic 1950s American fridge which stood like some armoured sentinel, guarding the kitchen door. From the breezes blowing through net curtains and birdsong on a warm sunny sunday morning, to the big back garden bonfire, guests in fancy dress and complaints to the police about our behaviour. 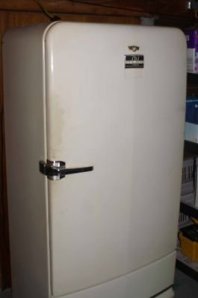 It was a great house to live in, and one full of many happy memories. It still stands, though of course modernised, now. I wouldn’t step into it for all the tea in China.

Well, the day Chawkey ironed his stomach started much like any other. Nothing untoward, no portents of things to come. It was so unremarkable that I have no recollection of the day’s events, except that it was a saturday. It was warm. I do remember that, because not long before contact between hot steel and prime British beef, Chawkey, barechested due to the heat, announced he was going to do some ironing and left the front room, where we lolled over furniture and floor, watching the TV and looking like we’d all been dropped out of an aeroplane.

Chawkey was fastidious about the care of his clothes, and in particular, his ironing. Unlike me, I am ashamed to say. It took me the same time, more or less to learn how to use an iron as it took Jesus of Nazareth to tell all his parables, cure the sick and lame, learn a bit of carpentry, turn everyone out of the temple, (including the Scribes and Pharisees) perform some general-purpose miracles with wine, fish and bread, be tempted for forty days and forty nights, commission the disciples and apostles, give a sermon on the Mount, find himself arrested, fitted up, executed, then three days later come back to life for a while, and squeeze in a Last Supper.

So there we are, saturday evening watching some old crap on the TV, Probably ‘Blind Date’. We are just considering whether Lee of Dagenham has made an error of judgement in choosing Annelise from County Durham.

There is a strangled yelp from next door. We look at each other nonplussed, then straight back at the TV to hear what Kerrie from Lichfield is going to ask Malik, Aidan and Jed from Neasden, Portrush and Rochdale respectively.

The living room door is flung open. It’s Chawkey, in shorts and flip flops, iron (unplugged) in one hand and a bottle of Budweiser in the other.

‘You’ll never guess what I’ve just fucking gone and done …’ and before we can even attempt a reply. ‘ I’ve only just gone and fucking ironed my own stomach!’ .

We all leap across the room to see. Sure enough, there is a very neat V-shaped weal across Chawkey’s belly, light pink; but getting darker by the minute.

‘But how the fuck did you manage that?’

‘Well …’ and Chawkey goes onto explain that taking up a relaxed posture at the ironing board, meant that his belly (no shirt remember) – not big by any stretch of the imagination, slightly overhung the ironing board. It seems that Chawkey, gripped by what Annelise and Lee are going to get as their ‘date’ for next week, doesn’t realise there are 2lbs of ribs and some liver lying on the ironing board, and irons right over them. Thankfully we are spared the searing sound as he brands himself – possibly for life. The weal is standing proud now and a vibrant red in colour.

Treat this as a cautonary tale. Remember your posture and think carefully before you answer the telephone when ironing