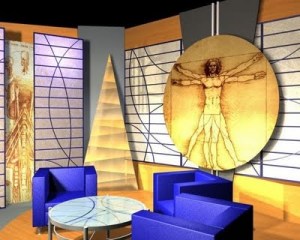 The first in a new series in which leading academics in their field discuss contemporary cultural issues. To start us off we are joined by Stephen Paul Murphy, Emeritus Professor in the Faculty of Design, University of South East Manchester. (Formerly Altrincham College) A man of many parts Murphy held the British Wrestling Board’s Welterweight crown two years in succession, and still wrestles under the name ‘Skull Murphy’. Joining him in conversation today is Andy Daly, PHD, reader in Semiotics, Department of Visual Language, University College Stratford. (Formerly Hackney Technical College) By coincidence, also a wrestler,  he held the European Light and Light Middleweight belts before hanging up his leotard in 2008. He still does the occasional demonstration bout under his ‘nom de guerre’ Scrubber Daly.

Welcome, gentlemen the floor is yours.

Andy Daly I’m sick of hearing the word ‘Iconic’ used to describe everything. I swear if I hear it one more time, I’m gonna lose it.

Andy Daly Well, it does my frigging head in. Three times on one item on Breakfast TV this morning.

Stephen Murphy You need to get out more.

Andy Daly Yeah, but where? If I go into London, I go to the tube station, an iconic example of 1930’s Modernism. Look at the tube map, Harry Beck’s iconic solution to the non-topographical representation of the tube layout. Get on the train, look down at my Air Wair boots, an iconic British design classic. Go to Trafalgar Square, home of the iconic statue … See what I mean?

Stephen Murphy So you get out but you can’t help yourself from seeing the iconic, that’s the problem with the artistic mind. You just need to walk around looking at your feet, then there’s only one iconic to think about – unless your socks are iconic as well, then you’re goosed. Oh! and I bet the jeans are Levis. Shit I see the problem.

Andy Daly Exactly! … Not as simple as it seems is it? I even went to the quack. He said I had a classic case of one of the 21st century’s iconic complaints …

Stephen Murphy What does it mean anyway?

Andy Daly Well, its epistemology clearly relates to the word Icon which …

Stephen Murphy Never mind all that bullshit Daly, what does Wikipedia say?

Andy Daly It says, and I quote: “A cultural icon can be a symbol, logo, picture, name, face, person, building or other image that is readily recognized and generally represents an object or concept with great cultural significance to a wide cultural group.” I guess you could say it sort of means ‘a classic case’

Andy Daly And it also says (get this) “In the media, many well-known manifestations of popular culture have been described as “iconic”. Some writers say that the word is overused”

Andy Daly I know what! Let’s get everybody to substitute an ‘R’ for the ‘C’ – Then it becomes ‘Ironic’. That’s better. Everything can be ironic instead: that will be much more Post-Modern and fun … and ironic!

Next week Melvyn Bragg and Joan Bakewell, and the topic under the microscope is ‘Why don’t you seem to see white dogshit around these days?’

1 thought on “In Conversation. Is Iconic a much over-used word?”