(with sincere apologies to Richard Hawley)

Open up your door

Though quite against the law
To the right you’ll hear it click
Hmmm! it has a tendency to stick
Ooh open up your door
This key will fit for sure
Though I’ve not tried before
Know it’ll open up the door
Open up the door

So open up your door …

Now many people may scoff at the particular piece of Cumberland folklore I am about to reveal, and which has been brought up to date in modern verse as a popular song by Sheffield ‘Crooner’ Richard Hawley.

But it is true.

There was a key.

A key which revealed our past, present and possibly our futures …

How do I know? Because I saw it with mine own eyes, held it in mine own hand.

The Power of The Key

The Key was a source of great potency, and as such a good example of  enabling nature of Power. Not only did it unlock hardwood external doors, but internal softwood: glazed and unglazed, firedoors, walk in store cupboard doors, but it was also able to unlock doors, which allowed us to walk back into our very own thoughts and words, and those of others, too. Imagine that! The Key was for its keepers and users a vital weapon against oppression. (A comprehensive account of power can be found in Steven Lukes Power: A Radical View where he discusses the three dimensions, which include that (ie the Key) which make action possible.) Much of this stance is related to the analysis of Power by the French philosopher Michel Foucault (1926–1984)

No Smoke without matches

Lovingly and intricately incised with the bold Celtic patterns so reminiscent of the 10th Century cross at nearby Gosforth, it wasn’t. Instead it was a disappointingly lumpy and imperfect alloy copy of a Chubb masterkey.  I should explain. I was in the Sixth Form at Wyndham School, Egremont, Cumbria. Family committments had necessitated a move from my beloved Rochdale to the  dormitory town of Seascale, next door to the British Nuclear Fuels Ltd  Sellafield/Windscale plant, which is where I lived for 2 years and Wyndham was the nearest school.

I hadn’t been there long when a  rumour began circulating among the student body that some person or persons unknown had access to their own master key – which enabled passage to all areas of the Sixth form block, including classrooms and offices. Nowhere was secure. But who?

No smoke without fire. In this instance, the Swan Vestas proved to be Smisch and Duane. These two reprobates* ‘borrowed’ a staff master key, then in a gripping race against time, made a mould, returned it, then cast a copy in the metalwork rooms!

From thereon, the Sixth Form students had unlimited access to the whole block – you name it: Head of Sixth Form’s office, all the classrooms, storerooms and both external doors. Power indeed! Of course, strictly speaking,  it allowed us merely to walk back into the classrooms where we had above-mentioned thoughts etc. (There was a lot of  ‘herb’ floating around at this point in time – if you catch my drift.) But it does make you wonder about the wisdom of putting all the doors on the same key.

Anyway, it was very convenient. Let’s say you wanted to make an amendment on your ‘UCCA’ form – no tiresome wait until the Head of Sixth Form returned from lunch.You simply got the key, let yourself in, got what you wanted, tidied his desk a bit if you felt inclined, and locked up again on your way out. The staff had no idea!

I remember a gang of us emptying the Head of Sixth Form’s office one lunchtime and replacing all the furniture with exotic curtains, rugs, bean bags and cushions which people had brought from home, to make it look like an opium smoking den and on another occasion, again after removing furniture we simply wheeled someone’s oily motorcycle in from out of the car park and left it on its stand in the middle of the room. He must have thought he was going mad! And all because some careless member of staff left their Master Key lying around. Tsk tsk.

One afternoon, Duane and I used the key to access the ropes and crabs from the summer camp gear store. We then took all the bags belonging to the students at a History class on the top floor. Bags were not allowed into classrooms and of course therefore were an easy target. After tying all the bags along the rope, we strung it from one toilet window on South East side of the building (which was an inverted ‘S’ shape) to the corresponding window on the North East side, then hoisted it up, so when those in the class turned to look out of the window, they saw their bags dancing up and down in the wind, some 40 feet up. One night, drunk and tired of trying to hitch hike home, we let ourselves in and slept on cushions on the common room floor.

To future generations … and capture!

With much ceremony, the key was ritually handed down to ‘Responsible Officers’ of the incoming Upper 6th  (year 13) But it couldn’t last. People had become apparently, so blasé about using it, that it was only a matter of time before someone was caught with it. And let’s face it a dopey staff  can only be so dopey for so long… eventually, a year or so after I had left, the inevitable happened … Caught in possession. And that was that.

I wonder why they never changed the locks? You don’t think they knew all along. Did they?

Open up your door

Just ask for Legal Aid once more
I must qualify, I’m sure.
Open up the door

So open up your door 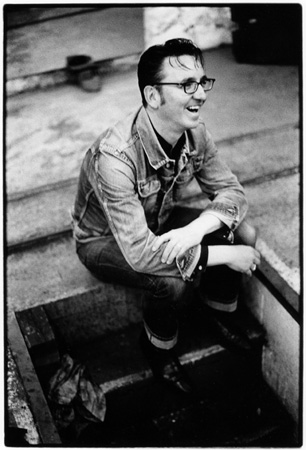 Hawley. Has just read ‘Open up your door’

(*Now Professor of Interaction Design at the Institute for Design, Oslo and Computer Software Consultant and Contractor, Denver Colorado respectively.)